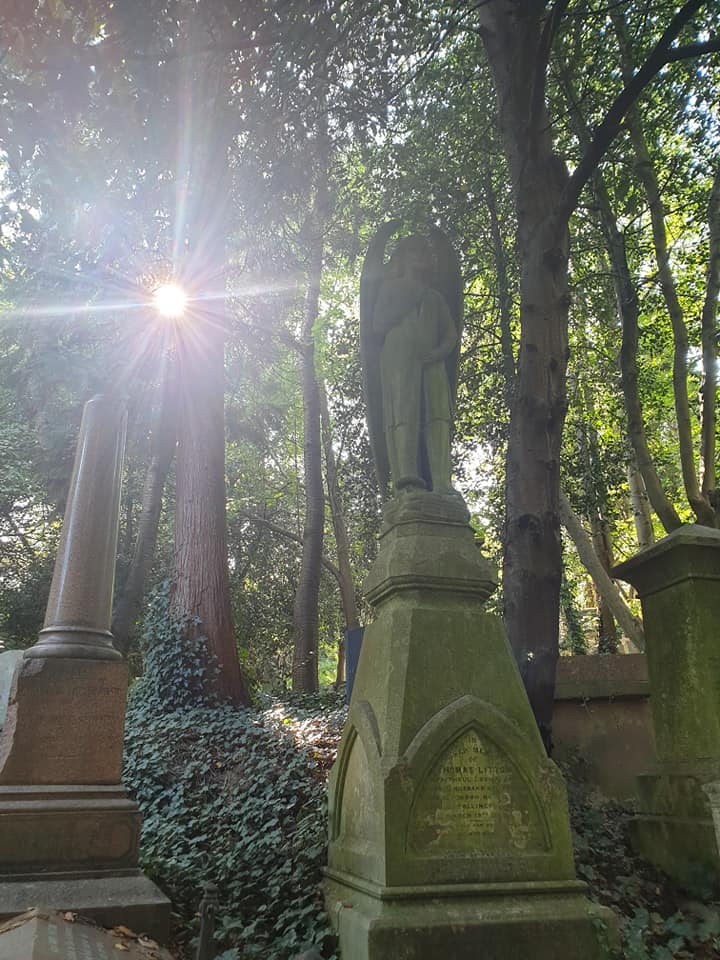 Opened in 1839, Highgate Cemetery was one of eight cemeteries opened in London during the mid 1800s. It is split into two sites, East and West with the East opening some twenty years later. As a great garden of death, its architectural features and the beauty of its landscape attracts many visitors including vampire hunters!

There are thousands of beautifully written epitaphs, carved headstones, memorials and many catacombs too marking the importance of those buried in Highgate Cemetery. The original features and tree roots, make a great setting for movies and Halloween nights.

Many famous people are buried in Highgate cemetery; the most famous being Karl Marx, (1818 – 1883) who was not only a philosopher but a revolutionary, whose works inspired the foundation of communism for many countries. Another is Malcolm McLaren, (1946 – 2010), a British rock impresario and musician who managed punk band the Sex Pistols, who helped lead the punk culture explosion in the mid 1970s.

Highgate Cemetery is still a ‘living’ cemetery. Therefore if you intend to visit, please respect the privacy of those visiting the graves of their dear departed loved ones.