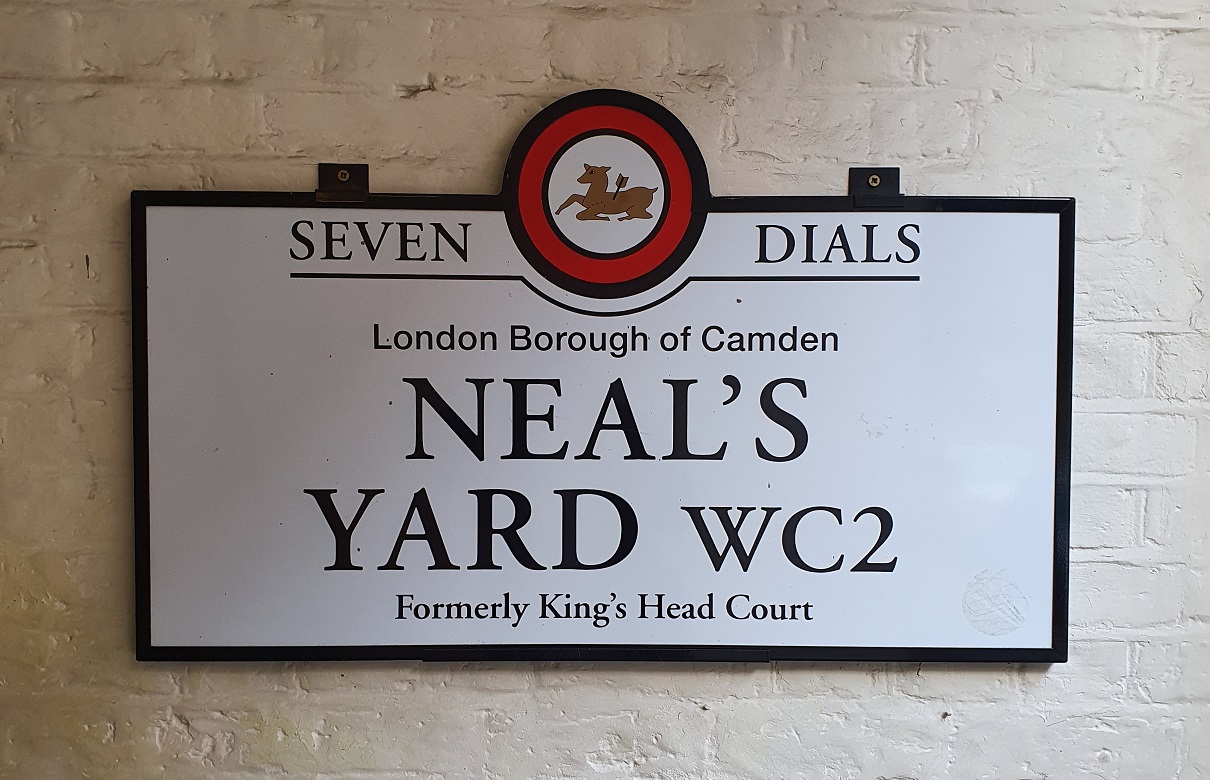 Neal’s Yard is named after a 17th century developer, Thomas Neale. It is actually a small alley way that passes through a courtyard between Shorts Gardens and Monmouth Street in Covent Garden, London.

Over the years Neal’s Yard fell into disrepair and it wasn’t until 1976 when an entrepreneur called Nicholas Saunders started Whole Food Warehouse.

Nicholas Saunders bought a warehouse used by the nearby Covent Garden fruit and vegetable market a few years earlier for a princely sum of £7,000. He later expanded Neal’s Yard into the other buildings introducing Neal’s Yard Coffee House, Neal’s Yard Bakery, Neal’s Yard Dairy and the Neal’s Yard Apothecary.

There are several other health-food stores, cafes and retailers running through Neal’s Yard.