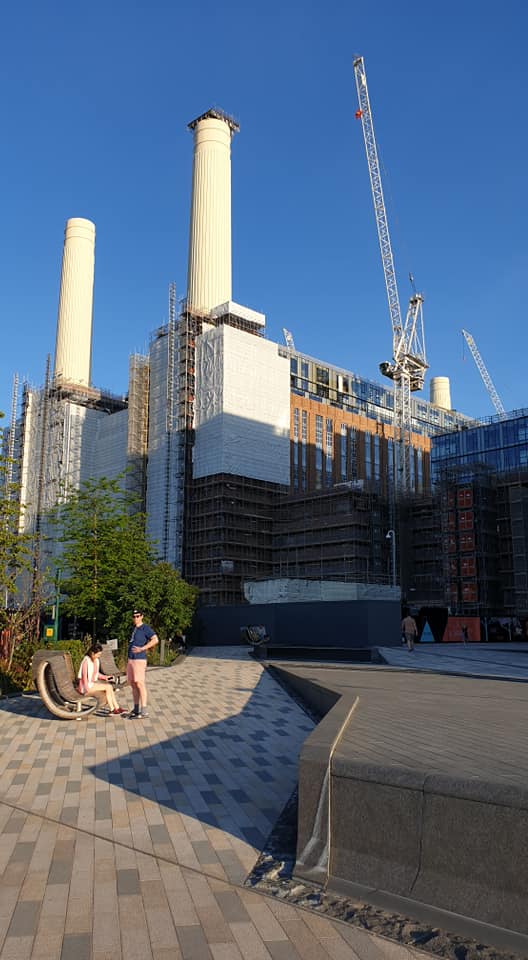 Battersea Power Station which is famous for its four chimneys is one of the world’s largest brick buildings and noted for its original Art Deco interior. It is located in South West London, on the south bank of the River Thames in Nine Elms, Battersea. The building had two power stations within it and was built in the 1930s with the second being built in the 1950s.

The power station closed in 1975 and remained empty until 2014. It is a Grade II listed building given that status in 2007. It’s currently being renovated and will be a renewed London icon for tourists and residents who will enjoy a unique blend of restaurants, shops, parks and cultural areas.

Battersea power station was used by Pink Floyd for the front cover of their Animals album released in 1977. A story has it that the inflatable pig used for the photo shoot came loose from its moorings and floated into the flight path of planes approaching London Heathrow airport much to the astonishment of pilots who had now seen pigs fly!

Battersea power station can be found here off Pump House Lane, Nine Elms, London SW8 5BN. The are no nearest tube/underground/metro stations. However, buses 44, 137 and 452 stop nearby and Battersea Park Train station is also nearby.