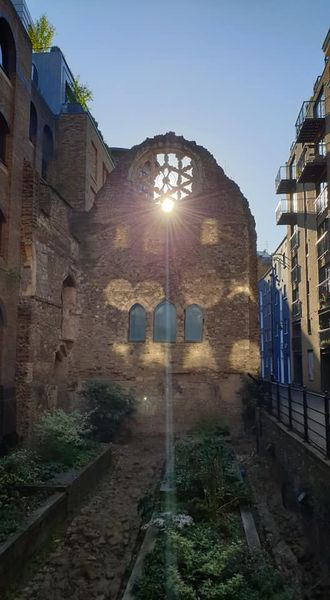 Winchester Palace was built in the early 13th century for the Bishops of Winchester who visited London to meet with royals such as James I of Scotland or for business meetings. It had two courtyards, a tennis court and a bowling alley. The buildings within the grounds included a brewery, a butcher and a prison.

Winchester Palace was still in use until the 17th century, when it was divided into tenements and warehouses. However, the palace was destroyed by a fire in 1814 and only a few walls remain of the palace including a spectacular rose window that decorates the upper part of the west wall of the Great Hall. The ruins were discovered following the fire, and were finally revealed in the 1980s during redevelopment of the area. There is also a medieval-style garden within the remains.