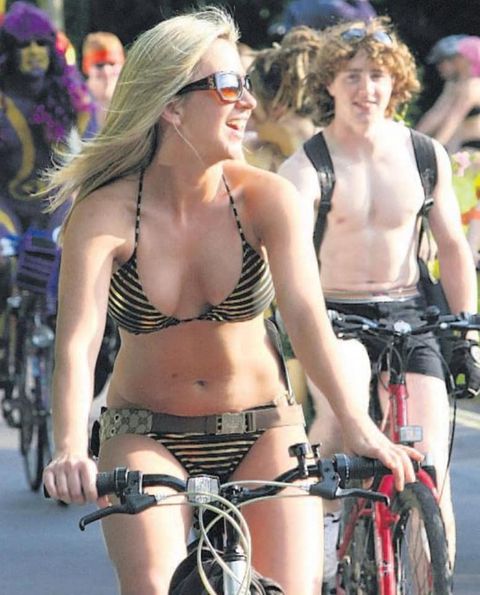 London Naked Bike Ride (World Naked Bike Ride or WNBR’s) is an annual event when colourful protesters who since 2004, ride naked through central London protesting against car and oil users. They carry placards on their backs portraying text such as ‘Burn Fat Not Oil’, ‘Energy Is Renude’ and ‘Less Gas, More Ass’ to name but a few less rude ones!

Naked Bike Ride is also held in many cities around the world. WNBR’s demonstrate against global dependency on oil, reduce cars and obtain rights for cyclists whilst also highlighting their vulnerability on streets and to celebrate body freedom.