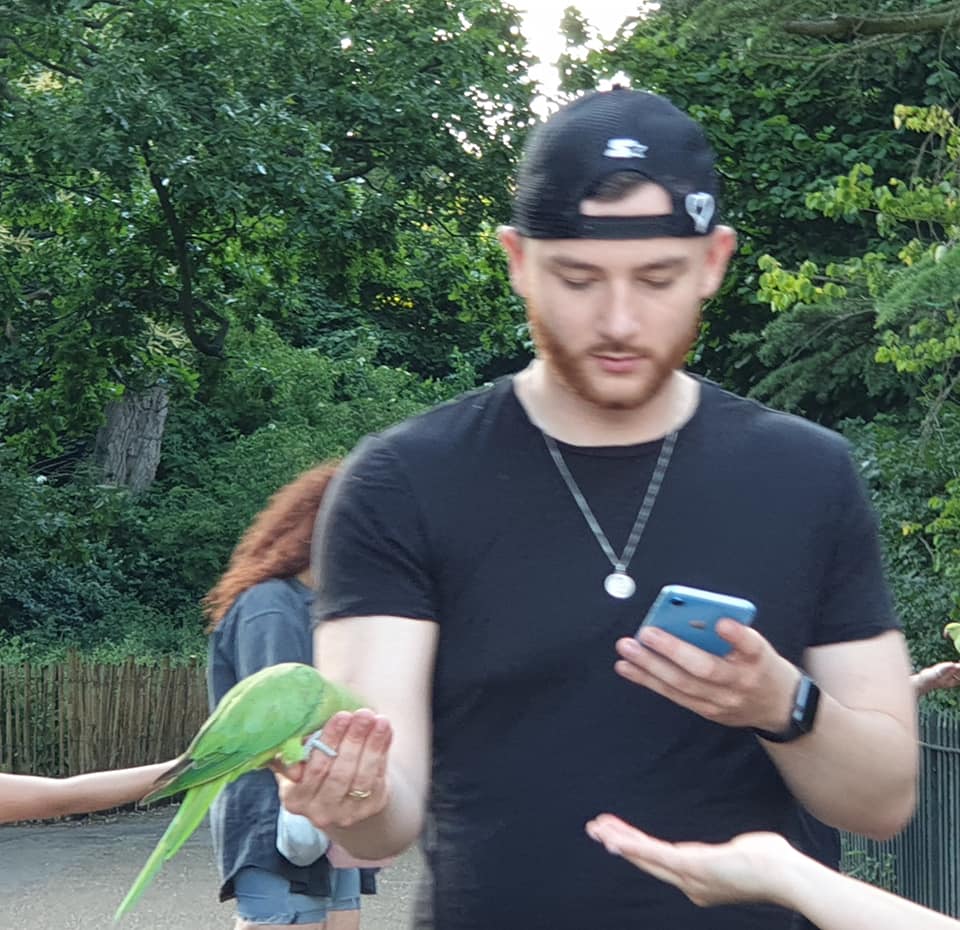 Parrots or rather parakeets as they are smaller, first appeared in the late 1980s in Richmond and Kew before spreading to Kensington Gardens next to the Serpentine lake in Hyde Park. They can also be found in Regent’s Park too.

There are several theories as to why there are so many parakeets in London. Among them are that a pair of parakeets were released in the late 1960s by Jimi Hendrix in London’s fashionable Carnaby Street, which is just off Regent Street. Another theory is that a pair or perhaps more of the breeding parakeets were released or escaped from damaged aviaries during the Great Storm of 1987. This theory is a little more consistent with photographs being taken of the birds in the mid-1990s.