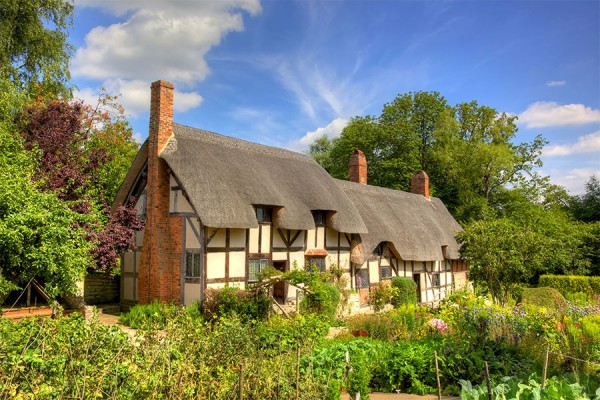 THE HIGHLIGHTS AT Stratford Upon Avon

Stratford-upon-Avon, commonly known as just Stratford, is a market town and civil parish in the Stratford-on-Avon District, in the county of Warwickshire, England, on the River Avon, 91 miles (146 km) north west of London, 22 miles (35 km) south east of Birmingham, and 8 miles (13 km) south west of Warwick is a market city and tourists are hugely attracted to it. 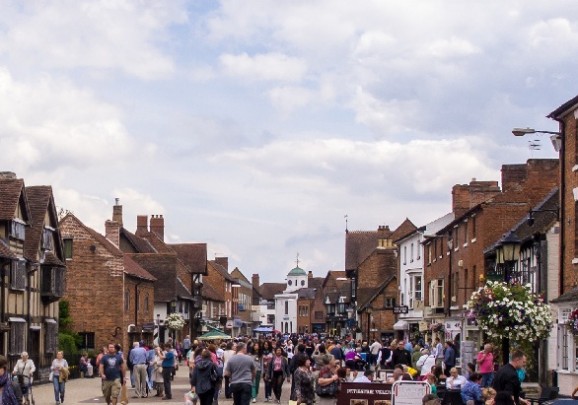 Anne Hathway cottage- this is real-life ‘Shakespeare in Love’. Originally a farmhouse, this was the site where Wills courted Anne, who would later become Mrs Shakespeare. The pretty cottage has its original furniture and features, and the romantic gardens are the stuff sonnets are made of.

Mad Museum -It’s not often that science and technology marries so well with art and design, but this is a place where the left-hand and right-hand sides of the brain get to work together. Run by a local family, kids and big kids alike will enjoy the treasure trove of whirring gizmos on display.

Butterfly firm - Get up close to appreciate these dainty insects and learn about their lifecycle from caterpillar to chrysalis and beyond. For those into the less attractive members of the insect world.

The Canal basin - Take a short boat cruise along the river to see famous sites from a duck’s-eye view. If you want to row your own way, hire cute rowing boats by the hour – they’re each named after a different Shakespeare character.

Shakespear's Birthplace - Discover the place that was the prologue to Shakespeare’s life. Have a look at rare artefacts from the Trust and take a trip back in time with the captivating costumed guides who will bring Shakespeare’s story to life.

Glamping in Hobbit hut -These quirky wooden pods are fully insulated, so you can pretend you’re in the Shire in Middle Earth and not just Warwickshire. A river taxi service can run you from hut into town with picturesque views.

Holy Trinity Church- If you’ve spent a trip following Shakespeare’s life, then this humbling grave site is a fitting end.

Countess of Evesham -Dine on the river Avon in a totally unique setting, with fresh, traditional food in a menu that changes monthly with the seasons. Opt for a lunch service for a peaceful afternoon floating away from the crowds, or a three-course meal on the evening cruise.

Stratford normally receives around three million visitors per year and visitors came from all parts of the world.

Major employers of these towns are companies like Mark and Spencer, AMEC, Tesco, Morrisons, Debenhams, B&Q and Pashley Cycles.

Birthplace of the great playwright William Shakespeare, Stratford-upon-Avon is a lovely market town on the scenic River Avon. Choose from a variety of Stratford-upon-Avon tours and enjoy a visit to this countryside retreat – you’ll see the house where Shakespeare was born and much more as you explore this quaint, bustling town.The name is a combination of the Old English str?t (from Latin stratum), meaning 'street', ford, indicating a shallow part of a river or stream, allowing it to be crossed by walking or driving and avon which is the Celtic word for river. The settlement which later became known as Stratford was first inhabited by Anglo-Saxons following their 7th-century invasion of what would become known as Warwickshire.

Despite Stratford's increase in trade, it barely grew between the middle of the 13th century and the end of the 16th century, with a survey of the town showing 217 houses belonged to the lord of the manor in 1590. Growth continued to be slow throughout the 17th century, with hearth tax returns showing that at most there were approximately 429 houses in the town by 1670.