THE HIGHLIGHTS AT Tower of London

See the world-famous Crown Jewels and meet the Beefeaters on a tour of the highlights at the Tower of London.

Entry into Tower of London is included in The London Pass® 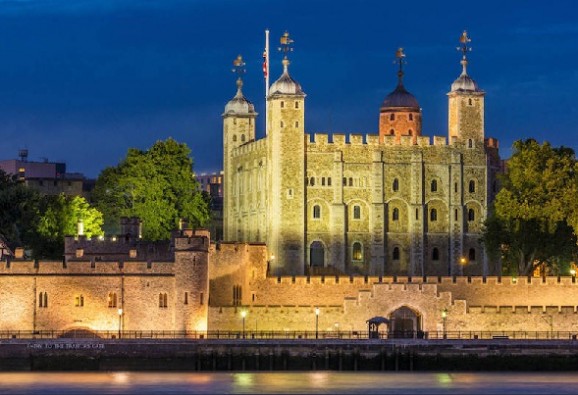 It has undergone amazing restoration over the centuries, including repairing damage taken from the Blitz

Used by Royals through the years as a refuge and powerbase

The Tower is still home to her Majesty's Crown Jewels, on display for visitors to see

The Beefeaters are tasked with the job of guarding the jewels, as well as acting as tour guides for the attraction

There are 12 acres of land within the walls.

When it was built, it was initially resented by the people of London as a symbol of oppression by the new ruling forces.

It has been used as an armoury, a menagerie, a treasury and a prison.

The term ‘sent to the Tower’ was coined during the 16th and 17th century when those who had fallen into disgrace were sent there.

The prisoners entered through the water gate, called ‘Traitor’s Gate’.

The White Tower is a fortified tower, called a keep and houses the crypt of St John’s Chapel.

The Tower is said to be haunted by the ghost of Anne Boleyn walking the chapel of St Peter and Vincula.

Fortress, prison, royal mint and now a tourist attraction. The Tower of London has seen many lives over the past centuries and persists to this day as a powerful symbol of British heritage. A seemingly permanent fixture on London's skyline, the question of why and when the Tower of London was built still prevail to this day.

This iconic historical site started off life as an imposing river fortress for the formidable force that was William the Conqueror, dating back to the 1070s. In the 1200s, the Tower was expanded by King Henry III and Edward I - adding a moat and more defensive structures to prepare for the possibility of battle.

It famously became one of the most secure places in the country after it was appointed the home of the Tower Mint in the 1800s. All the money in the nation began here. Shortly after, the Royal Family also began storing its most precious jewels and possessions under the eye of some of the most powerful soldiers in British history - the Yeoman Warders. The warders have lived there since the 1500s and now serve as kindly tour operators.

The Tower has also famously been the site of many high-profile executions, the chopping block for which still stands on the grounds to this day. King Henry VIII famously had his wife Anne Boleyn executed there three years into their marriage on the grounds of adultery and treason. She was buried at the Tower's Chapel Royal alongside her fellow queens, Catherine Howard and Jane Grey. However, rumour has it that she continues to haunt the execution grounds and unwitting tourists.